The following are some powerful success stories.

You never change things by fighting the existing reality. To change something, build a new model that makes the existing model obsolete. Vet Hunters Project has changed many Veterans lives with help of our volunteers. When we can help and even save a Veteran’s life, then our purpose is fulfilled. 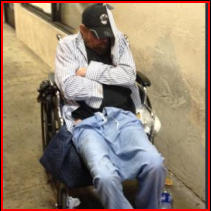 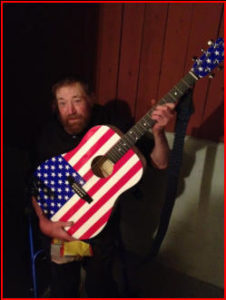 Once homeless: V.H.P. received a late call from a concerned citizen that they had witness what they thought was a “patient dumping.” V.H.P. immediately responded to the scene and quickly learned that the “dumped” warrior was a Vietnam U.S.M.C homeless veteran. The warrior was taken to the hospital for detox treatment. V.H.P. Members stood by his side and we will never forget his words “please believe in me and I will quit alcohol. I am tired of living in the streets. I am too dang old!”

Where he is now: With over 12 years of living in the streets coupled with drinking and P.T.S.D., Paul managed to beat homelessness. V.H.P. was told on several occasions that he wouldn’t last. it’s a good thing V.H.P. is not your average organization because one year later, Paul is doing well and mentoring Iraq and Afghanistan veterans.

Paul is an inspiration to many because he is living proof that given that “open door,” a new life can be achieved. We are Paul’s family now and we are proud to have another veteran off the streets. since our inception, V.H.P. has prevented and housed over 1,200 veterans (some with families. not bad for a grass roots organization. vet hunters started with zero dollars and for the most part, we operate this way because we spend the money immediately on veterans and their families. you won’t ever hear us say “we are out of funds, so we cannot help veterans.” in fact, V.H.P. works harder because effort costs zero dollars! 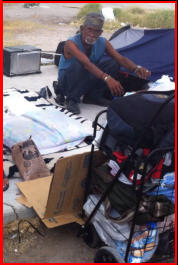 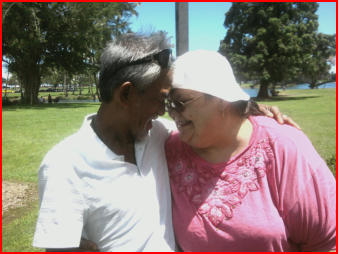 Once homeless: Las Vegas was one of the stops on our 2011 “no homeless veterans in America,” bicycle trek. It was through this journey we met Patrick. When speaking with him in this very same environment seen in this picture to the left, he asked V.H.P. if we could please help find his wife who he had not seen in over 10 years. You can imagine our shock and we quickly went to work. The only known info was his wife was a school teacher, in Hawaii. After this experience, we now know why Las Vegas is called “sin city.” this man and many like him, lived in an empty field with zero shade a few blocks away from the Las Vegas strip. No human should ever live in these conditions, period!

Where he is now: This my friends is Patrick today. he is re-joined with his wife and son who he had not seen in over 10 years.Patrick After Vet Hunter Alfred Lugo (out of his own pocket) flew with Patrick to Hawaii to ensure the connection went smoothly and from the picture, smooth it did.

The interesting part of this story is that through our investigation, we learned that the police department had him listed as deceased. His wife never lost hope and always kept a picture of Patrick on her desk and would tell her students who he was. She would pray every night for him. V.H.P. believes that what we do is from a higher calling because the miracles that we perform with human lives can only come from him! a big HOOAH!